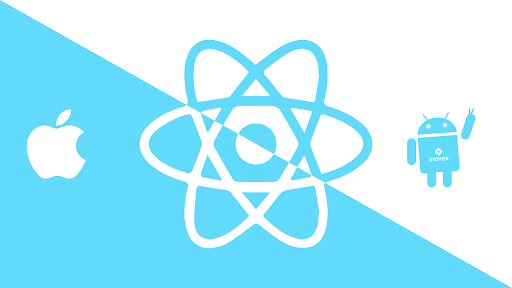 Agility, speedier app development and providing an overall good user experience are the notable advantages offered by React Native. It provides users a native experience. The same code can be easily used for deployment on both iOS and Android platforms, leading to the shortening of the development cycle. This consequently reduces the time and cost of development. The use of React Native brings down the development efforts to a considerable extent without affecting the app’s quality or productivity. Also, the need to hire additional developers gets significantly reduced It is no surprise that cross-platform development is faster that native, considering that you essentially develop 2 or more applications by writing a shared codebase.

In some cases, apps can share as much as up to 99% of their code between the most commonly developed Android and iOS applications. Which, especially for startups, could be a tremendous advantage both time- and budget-wise. You no longer need to decide whether to start with an iOS or an Android app, since you can start with either and then release the second platform in a matter of weeks. That’s what happened with bussr, one of the clients we developed an Android app for. After the MVP finally went live, we were then able to deploye the iOS version within 2 weeks, which wouldn’t have been possible had they decided to develop Kotlin app for Android instead of RN

2.CAN BE COMBINED WITH NATIVE CODE

In comparison to other frameworks, learning React Native is easier. Developers well versed in JavaScript can learn coding with React Native quite easily. The framework does away the need to learn any new languages or create complex codes. Moreover, there is a large community of developers that provides a strong support for React Native. This community can help in quickly resolving any small or large issue faced by developers. The community also shares the distinctive React Native development skills and required instruments which developers can take advantage of.